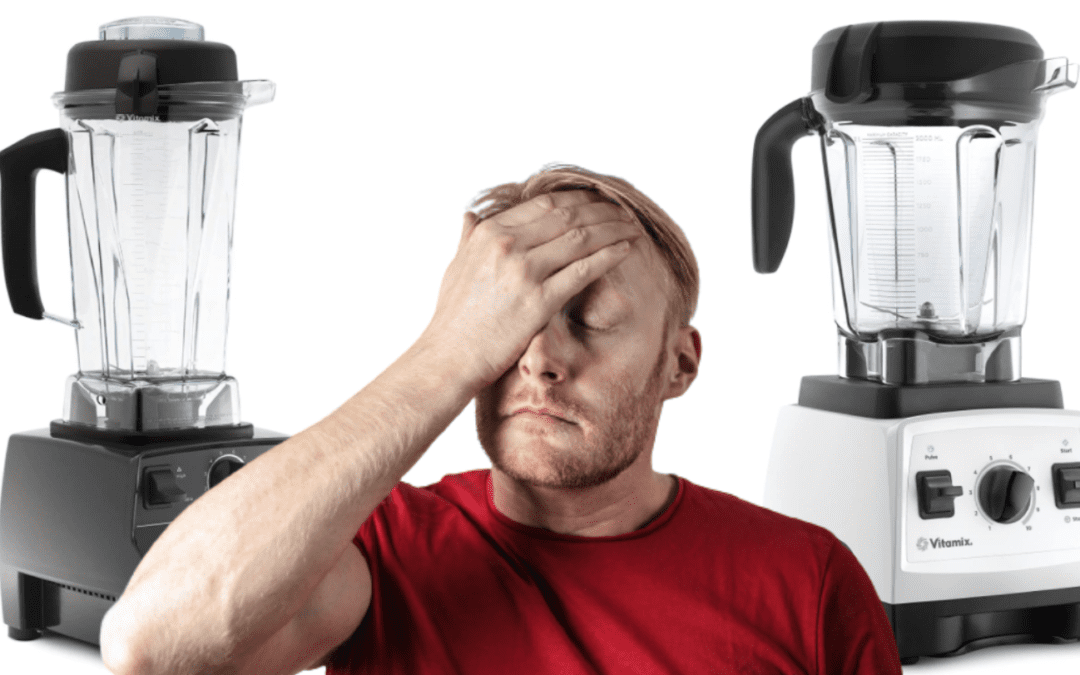 If you are looking for a new blender, which is suitable for making sorbets, soups, smoothies, juices and so on – you have probably come across Vitamix blenders. Vitamix is a leading brand, producing the highest quality blenders on the market for over 80 years.

Vitamix boasts many popular blender models, and it is hard not to get lost in their products. To make it simpler for you, we decided to focus on two leading models – Vitamix 5200 and Vitamix 7500. We made a thorough analysis based on similarities, differences, prices, and features to help you decide which one of these two blender king-Kong’s meets your needs better.

Vitamix 5200 was firstly introduced in 2007 and quickly took the leading position among the rest of the blenders available on the market and became the best selling product of all Vitamix blenders according to various reports. Six years later, Vitamix introduced the new, redesigned, and updated model – 7200, which was growing in popularity ever since. Some people opt for 7200 over 5200 due to a more powerful motor, while for others – newer doesn’t mean better, and they stick to an older version.

Indeed, the look and many of these two blenders’ features are very similar, which makes it difficult to decide between Vitamix 5200 and 7500 even for experienced Vitamix fans. However, they differ in power, price, and other aspects, which we will cover in our analysis. 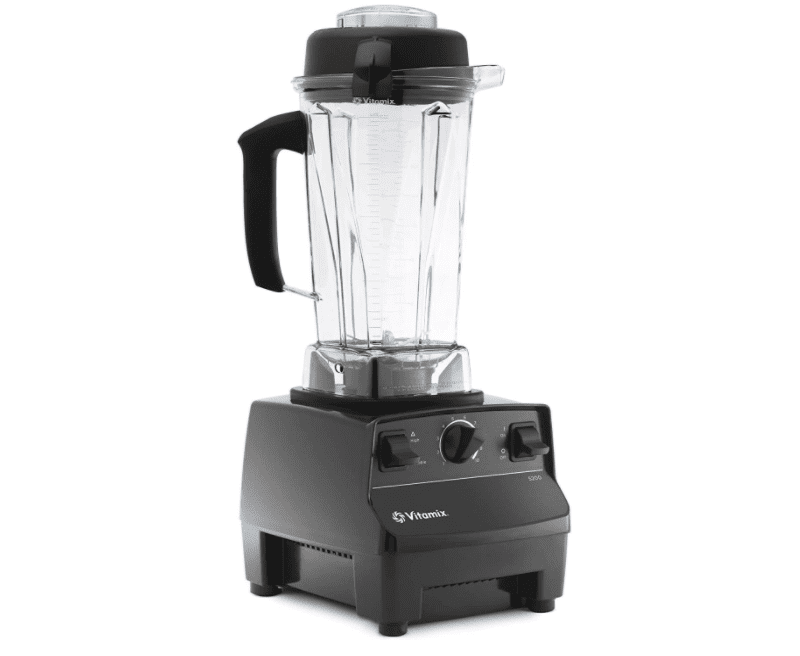 Released in 2007, Vitamix 5200 durability and quality were tested with time. Since then, Vitamix produced other blenders; however, 5200 became a favorite blender among many professionals and enthusiasts and keeps its positions even in 2020. Being a flagman among blenders for that long period is already a solid reason to trust it.

Vitamix 5200 has a two horsepower motor ( 1500 watts ), which is less potent than the Vitamix 7500 has; however it is efficient with anything you put into the container – soups, frozen fruits, sauces, different kinds of butter, crushed ice, and much more. The blades operate at 37 000 revolutions per minute ( RPM ), ensuring that your product is chopped down in a few seconds.

In general, Vitamix blenders are more expensive than other brands, yet Vitamix 5200 is considerably cheaper than newer Vitamix models. This is a significant advantage because, besides its lower price, this legendary blender performs at the same high standard as the latest models.

Vitamix 5200 is an easy-to-use blender; fill in the container with ingredients, tap the lid and switch the blender on. It has ten speed options; the highest is used for soups and smoothies. After you are done with blending, it is effortless to clean the device – fill into the container some water mixed with some soap, close the lid and blend it for half of the minute and rinse with water. The whole cleaning won’t take more than a couple of minutes.

One downside of Vitamix 5200 is that it is quite tall and may not fit under some kitchen cabinets. 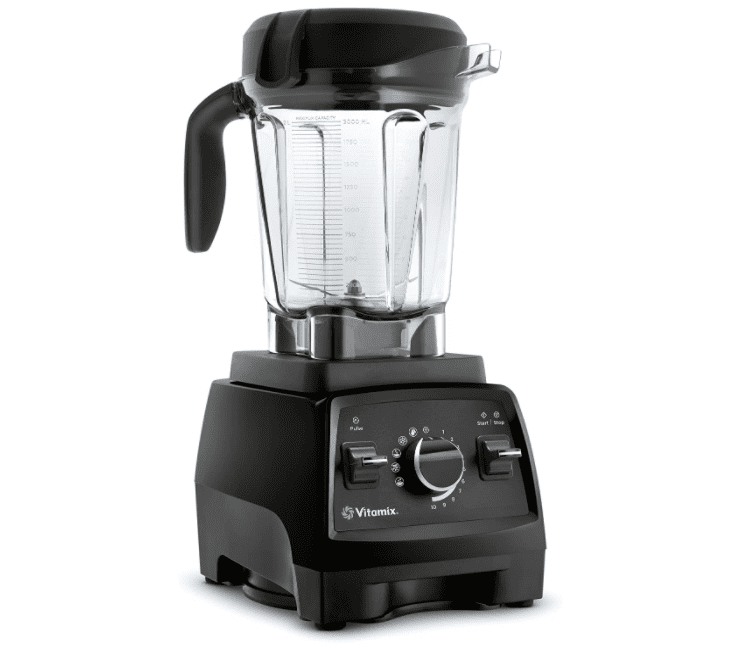 Vitamix keeps releasing new models by improving the disadvantages of the older versions. 7500 was released in 2013, and although it is not the latest Vitamix product, it is one of the favorite choices among many cooks.

One of the most noticeable changes in comparison with its older version 5200, is a shorter container. With 17.5 inches, it fits under most of the kitchen cabinets with ease, yet it is still 64 oz, same as Vitamix 5200, so you can fit the same amount of products in the container. With the taller Vitamix 5200, it is more complicated, so you have to take off the lid or remove the base to make it fit.

The general performance of 7500 is higher compared to an older model due to a more powerful motor of 2.2  Horsepower. Stainless-steel blades cut even the most rigid products like seeds and nuts with ease.

Vitamix 7500 is easy to clean and use; it comes with handy smart features.

The downside is the cost, which is higher than average on the market. However, if you are willing to pay more for your blender, Vitamix 7500 opens endless cooking opportunities for you.

Vitamix blenders are more expensive than average blenders, which is not surprising with their exceptional quality and performance. Vitamix blenders last for decades, so purchasing one of these products is a long term investment. Both options come with an impressive seven years warranty.

If the price is the main pain point for you, then Vitamix 5200 is the blender we recommend. It has fewer fancy features than newer versions, but why pay more if they are not essential for you? It performs effectively with any product and has everything expected from a high-end blender in place, while the cost is 80 -100 $ less than a 7500 model.

As briefly mentioned initially, one of the most significant differences between Vitamix 5200 and 7500 is their design. As a more contemporary blender, Vitamix 7500 has a sleeker look and will fit better in a modern kitchen.

Besides, Vitamix 7500, with a height of 17.25 inches, was designed to be shorter than his ancestor in order to fit under most of the kitchen cabinets. The older blender, Vitamix 5200, received many complaints about its tall container and difficulties to fit in under kitchen cabinets; hence this disadvantage was fixed with the release of 7500.

Although these two models have different heights, both pitchers have 64 oz capacity, which is more than most of the blenders have. The shorter Vitamix 7500 has the same capacity due to the fact that its pitcher is around one inch wider than the pitcher of 5200. Since the pitcher of the 7500 is wider, it has more space for the blade, and that’s why the blade of this model is one inch longer than of 5200 ( we will speak about blades later). With a capacity of 64-ounce, both blenders are capable of blending vast amounts of products for big families.

The wider pitcher of 7500 is also good for blending purposes – the products have more space to move around the container while blending, resulting in a smoother blending of tough ingredients. If you are planning to make smoothies and butter, then Vitamix 7500 is what we recommend.

Both blenders can boast their overwhelmingly powerful motors, completely efficient with anything you put into the pitcher, be it hard cheese or nuts. Although Vitamix 7500 with its 2.2. HP has 0.2 horsepower more than Vitamix 5200, there is still nothing wrong with Vitamix 5200 with its 2 HP.

The additional 0.2 HP of Vitamix 7500 won’t make much difference for most blending tasks, so this upgrade is not essential for many non-professional users. However, the reason why Vitamix decided to enhance motor power from 2HP to 2.2.HP is because it was observed that the motor of older blender heats up during the long operating. To tackle that, Vitamix increased the power and added the cooling fans. It allows the blender to work longer without overheating.

If you are using your blender daily for an extended time, you should go with Vitamix 7500.

If you want your blender to be powerful enough to grind nuts, crush ice and blend all other hard products you can even think of, it is natural you can’t have it quiet at the same time. Vitamix blenders, which are incredibly powerful, are used to receive complaints about their noisy operation.

Nevertheless, Vitamix found a way to reduce the noise level and manufactured a 7500 model with noise-suppressing technology, which reduces the noise level by 40% compared to Vitamix 5200.

It doesn’t mean that Vitamix 7500 is completely quiet, but comparing it to 5200, the difference is noticeable. So, if you are noise sensitive or have small children who can be annoyed by blending sound, then Vitamix 7500 is a better option for you than its predecessor.

Both Vitamix 5200 and 7500 are easy to clean. Fill the container with water until the middle, add some soap and turn on the blender for half of the minute, or one minute if you used sticky ingredients. Most of the time, this is enough to keep your blender clean.

Make sure you clean your Vitamix after each use right away. Although it has a warranty for seven years, with proper care it will serve you twice longer.

We don’t recommend putting any of these two blenders into a dishwasher. Dishwasher high temperatures and deterrents put stress on the container and blades.

Vitamix blenders are known as easy-to-use machines and have self-explanatory controls, so most users can figure out how to operate with it without opening a manual. This applies to both Vitamix 5200 and 7500.

The new component which comes with Vitamix 7500 is a pulse function, included on the left toggle switch. The pulse function causes the blades to switch to a more rapid chopping regime, which helps achieve exceptional consistency. This feature comes in handy when making hummus, smoothie, or salsa.

Both Vitamix blenders have aircraft-grade stainless steel blades, which are incredibly durable and will last you for decades or until you stop using your blender.

Due to the wider pitcher, Vitamix 7500 has more space for the blade; hence it has 1 inch longer blade of 4 inches in total, while Vitamix 5200 has 3 inches blade.

When it comes to the performance, it is almost the same; however, with a longer cutting area of 4 inches, Vitamix 7200 blends even more consistently than its predecessor.

According to our analysis, Vitamix 7500 wins in almost all aspects apart from the price. Indeed, most of these features mean little to an average user, and you can confidently go with Vitamix 5200, which will save you around 80 dollars compared to Vitamix 7500, and still perform on a higher standard than most of the blenders on the market.

However, from our point of view, if you already are willing to pay for a Vitamix blender, then 80 dollars higher price is not that much in exchange for a more powerful motor, 40 percent quieter operation, and better design.

In any case, you can’t go wrong with any of these two blenders. We hope our review helped you with the decision.